Pennies for Charity and Copper for Government? 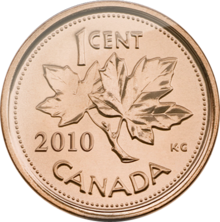 Canada getting rid of the penny has given me some good food for thought over the past few days, particularly since there has been promotion of charities using their ‘drive’ mentality to collect pennies from the public as a fundraising mechanism.

The thought of charities competing for all of Canada’s pennies is what gave me the initial chuckle.  Some organizations have always used a penny drive to raise money, but others will just see the opportunity for new amounts of money…and alas, we have the Great Canadian Penny Fundraising Frenzy.  Donors bringing in their jars of pennies to overwhelmed fund development officers who will make long lines at the CoinStar machines or buying up coin wrappers at the dollar stores.  Banks and credit unions, who notoriously love getting change, will love the lines of charities coming to cash in.  In fact, it’s a new opportunity to professionalize something – consultants providing advice on how to get the most pennies for your organization, web developers working on neat design interfaces to track and count the pennies your organization has collected, and developing new HR processes for involving your staff in rolling pennies into wrappers!

What I see as more interesting is what potentially happens on the back-end.  What happens once all those pennies are collected by charities and deposited for their one cent value at the bank.  They go from bank to mint.  Their monetary value is gone, but their resource value is just beginning.  Who gets to sell them for resource value?  The government.

Let’s play around with numbers:

There’s a ton of assumptions you can make when doing the math.  Which pennies are still in circulation?  How many of them are there?  Of which kinds?  Of which resource values are there beyond copper?

Just for fun, I used the entire circulation amount 35 billion, adjusted for the years & the percentage of copper, to find out how many pounds of copper would come from each batch and multiplied by current copper prices.  I got an amount of $455,026,247.   The monetary value of 35 billion pennies would be $350,000,000.  That doesn’t include the value of rare coins that might be worth more if not melted down.

If I’ve come close to doing this right, which for my math skills would be amazing, the government has figured out a fabulous way to 1) save money by not producing pennies, 2) by engaging the public & charities to do free collection and processing of the old pennies, 3) while literally, giving pennies to charities instead of other valuable funding, and 4) gets to make some new money off of the old pennies for their own coffers by capitalizing on their resource value.

If a charity wanted to buy pass the middleman, they might be able to get more money for the resource value of their pennies than from taking them to the bank.  (Although, if its illegal to destroy currency & pennies still retain that designation, that might not work so well.)

Not a conspiracy theory, but a pretty neat little business.  A penny for your thoughts.