Belief. That we are selling more than widgets.

Michele, you should go into business.

Belief. The theme of the 2015 Skoll World Forum. A combination of faith and pragmatism. What carries us through when things get rocky. The shared feeling that the work we do matters.

I was *pumped* in 2010 to attend the Skoll World Forum. With support from Social Venture Partners Calgary and at the time, First Calgary Financial, I had the opportunity to join 800 social entrepreneurs from around the world. I was very early on in my social enterprise understanding and saw attending the World Forum as the “preeminent” opportunity to learn. I would be a sponge and suck up every single drop of information I could. Like a good student ready for her first day of school, I prepared everything. I knew every session, reviewed participants, and eyed up every “idol” that I had mentally created. I had an outfit picked out. I had plans.

The first morning of Skoll 2010, I had to stop myself from running down the sidewalks of Oxford. I was that excited. As I walked up the stairs to the Said School of Business, making my final adjustments, I pulled open the glass door and took in the scene in front of me. And what my eyes saw was every-single-person-in-a-suit.

In my head, suits equaled business as we know it, the status quo. Rightly or wrongly, that was my story.

It may seem like a trivial moment, one that could have been rectified by “fake it till you make it”, but I was new to the field and I knew “of people” who were attending, but I didn’t actually know a single person of the 800 in attendance. In that moment, awful kernels of disbelief appeared in my mind, maybe social entrepreneurship isn’t what I thought it was? Maybe it is the status quo? Worse yet, I was asking myself, who am I to be here?

The next three days were similar to being on a Tilt-A-Whirl, fun to be spinning and screaming initially, but hoping the ride will stop soon. I sat in sessions and took notes. I wandered around wishing I knew more people. I got the brush off by a few “idols”, but that opportunity opened time for conversations with people I never knew. I found other people of similar work and a few gems, of similar mind. I found solace at a fringe event, at that time called, Oxford Jam. I pushed myself to think hard, to explore the tensions in the field. At the time, I wrote:

My favorite analogy made was in relation to baseball owners. It is financially certain that you will lose money by owning a baseball team. Yet, we continue to have teams – and folks continue to own teams. In this sense, there is more than just making a financial return. It’s more than just the most rational choice. Have your Cake?

I believed enough in this small glimmer of hope – of not just financial return – to say, yes, I want to do this work. I still wasn’t sure if it was different than the status quo, but I was willing to give it a try. I wrote in my notes in 2010, a challenge to myself, “Can Calgary become hub of accessibility and diversity for social entrepreneurship?”

Flash forward five years, I’m working for a now four-year old Trico Foundation from my new outpost in London, UK. It would be fair to say that I have a whole new perspective on the world on social entrepreneurship. In the course of five years, I’ve experienced the incredible potential of social entrepreneurship and I’ve also seen behind the curtain when the wizardry is simply not as we thought. I am staunch in the belief that this work matters, but I’ve had my faith rocked more than once.

When the opportunity to travel to Oxford for the 2015 festivities, I paused. I *should* be there. I *should* want to be there. I lived with this nagging sensation for months – widgets. This year, I decided (very last minute) if I was going to Oxford, I was going on pure belief. Belief that this work is bigger than even the biggest conference in its field.

Takeaway: Everyone had a bit of experience and expertise to share.

Takeaway: The skeptics said “well, the fund that shows the most defaults, will get more applications – because people will know they won’t care if they default” contrasted by a local social investment fund saying, “no, businesses will look for the fund to help get to next level”. 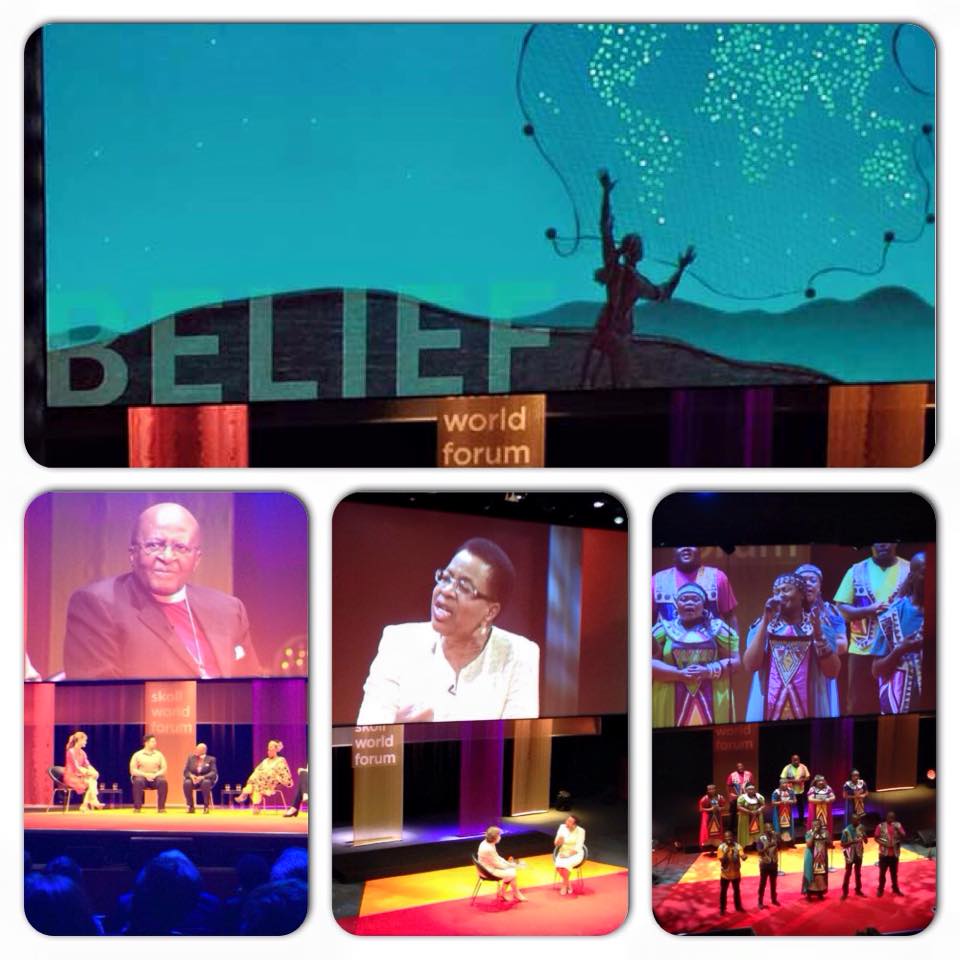 Takeaway: Look how much more visible we become when we share our personal stories! More personal storytelling should be a goal of folks on stage, of social entrepreneurship in general. We can quote book and create analogies, but we miss out on the visibility of understanding “why does this work matter to you?” I want to know that. I want to hear about your belief and where it comes from and how you’ve recovered (or not) when it was shaken.

Takeaway: When women have access to technology and their voices are heard, they are powerful forces for change. All of these women had extensive on-the-ground experience before they got started with their social entrepreneurship initiatives – working in refugee camps, in diplomacy, as entrepreneurs. They had taken the time to understand the unique needs of the environment and the people, and the organizations they built were directly related to their own experiences – being shy as a child, having an interest in tinkering with radios, having a mother participated in the local community.

Takeaway: Written on the wall to the exhibit: “In ancient Rome every man had his genius, a spirit who accompanied him from his birth to his death. In medieval literature, Genius appears as Nature’s creative energy. (Only) in the 18th century, it acquired its modern meaning: an exceptional talent possessed only by a very few.” When these books were written and crafted, no one really knew whether they were works of genius. The declarations came well after the works had been created.

Takeaway: Visibility and support matters to encourage strong organizations, not just founders. Layers of support may ensure that no one falls through the gaps – international, national, regional, local, formal and informal.

Takeaway: Rather than celebrating “Best Actor”, we should be celebrating “Best Picture” – where the whole crew comes up to accept the award. As I mentioned, In the GSEN session there was talk about how there is a huge challenge in attracting COO’s to the sector. That either the Founder doesn’t know “the how” of letting go of the work or doesn’t know “the who” can help them actually ‘do’ the work. There’s been a lot of work on Founders -some say too much – and that focusing on Founders perpetuates the superhero myth. If this is true, the opportunity is ripe for a change to our Awards.

When I go to conferences, I always need to take walks. To get off the Tilt-A-Whirl. I got to that point on the afternoon of Day Two. As I was wandering around Oxford, I found myself in the middle of a mall. In the middle of Oxford? Glaring for me was that even in the midst of the many important events occurring Oxford, social entrepreneurship, for mainstream consumption, is still not visible. In all of our Oxford talk of visibility, we have much more work, at all levels, to break through the status quo.

If the status quo isn’t about “wearing suits”, then what shape does it take? This year I witnessed it in the perpetuation of our “us / them” language. I cringed when I heard “these people are so early stage, they don’t know anything” in relation to social finance. I sighed when I heard “those people are only looking for free money.” I was sad when an attendee told me “no more storytelling”, that “we’ve had enough of hearing about them” (the founders). I found it incredibly silly when people kept saying “we’re so grateful that these attendees from Skoll are here, when clearly they’re very busy”. As a contrast, while simple in its format, I found incredible power in the “What’s Not Working” session, where it didn’t matter who you were, that the input of everyone was harnessed. In our discussions of ‘visibility’, how are we allowing all experiences to be acknowledged and welcomed?

All of this brings me back to Belief. The work to advance social entrepreneurship is complex. No one person nor one organization has it fully sorted out. The work we are doing today may be anointed as “genius” at some point in the future, but today it is just beautifully hard work.

And that is the key nugget to my own belief – that someday, all this work might be visible to anyone walking in a mall, driving their car, carrying on their life. My story is simple, I didn’t want to sell widgets. I didn’t want to wear a suit. I didn’t want to go into business. It wasn’t for what all these things were on their own, but rather for what they represented to me. Social Entrepreneurship offers a way to redefine those things, to have the belief that they can represent inclusion and diversity. I won’t tie this up in a nice little bow – the truth, the jury is still out and we’re still fighting the status quo. It is a worthy fight.